In order to finish off the infill panel in the studio, I needed to draw up the wall joins in the left hand room so that I knew where they linked in to the ceiling area in the infill panel. So it was off to the mural site again but this time with my all-rounder PA Kyla who has attended one or two of my art classes and has a strong creative streak.

We wrangled the plastic raincoat off the mural together and it was so much faster with two pairs of hands!

Then Kyla set about cutting the first stencil we need while I drew up the perspective lines on the left side walls.

These walls have a tricky bit in the corner where there is a zig zag in the wall line, so there was some serious perspective geometry going on, in pencil on the wall:

I discovered by peering very closely at the photo references, that both windows in this room were actually set into the walls, so that meant redoing a whole lot of lines that were already drawn, right across to the right side of the mural. Gotta get it right though!

While I was doing all the perspective geometry, Kyla was cutting the first stencil ready for the large headers over the pillars to be patterned. I’ll try this out on the infill panel in the studio tomorrow.

We had a lot of fun working together. And it was super productive! 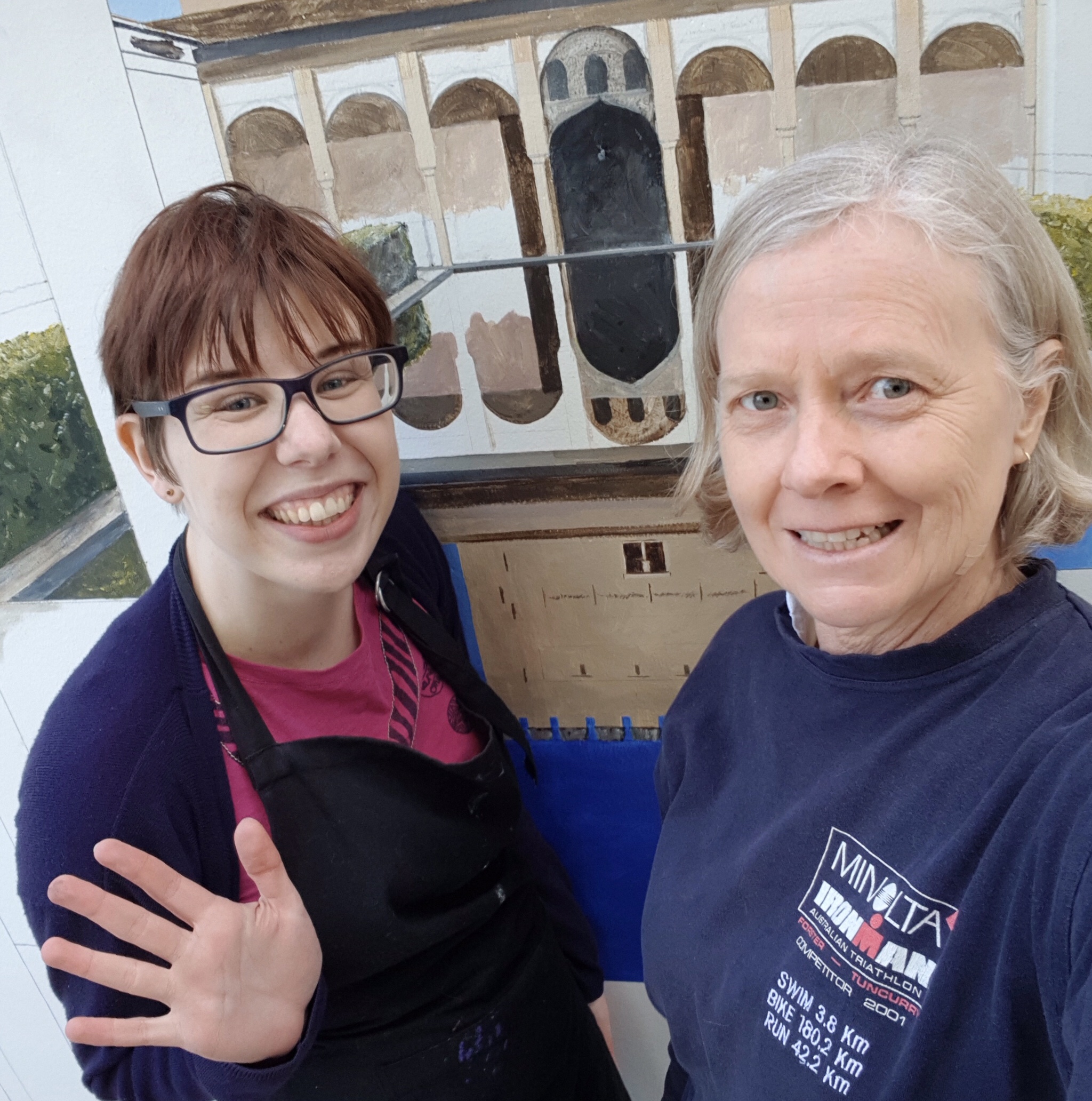 Here is a timelapse of how the day went: 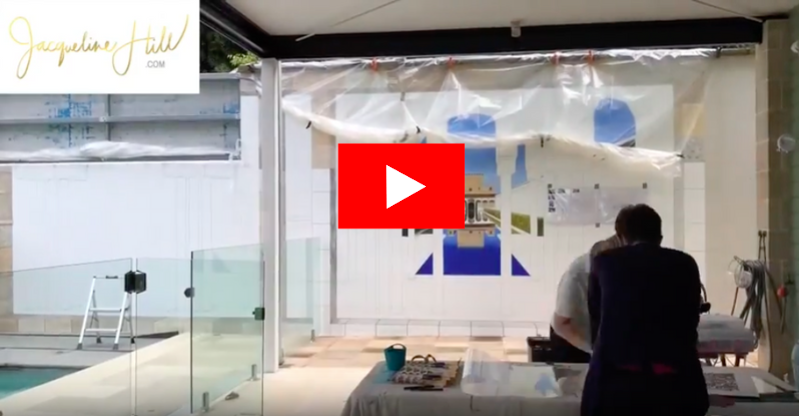