Today I drew the stone block columns on the wall. The time that’s been spent in getting the scale drawing sketch pays off when it’s time to transfer everything up onto the wall. 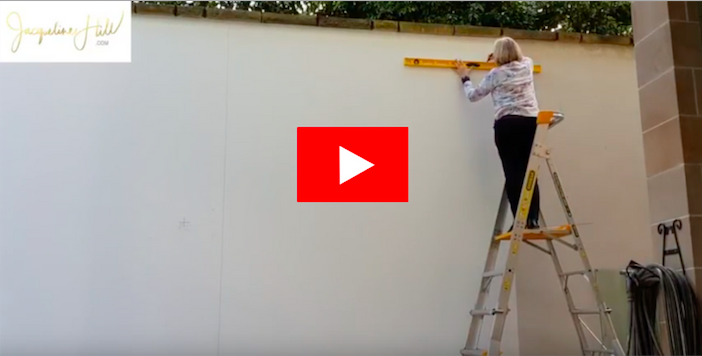 The stone blocks surrounding the scene of Alhambra were a considered design decision to have a link to the real stone blocks along at the left over the pool, which will really help with the illusion. We had to “build” some stone pillars so that the shower post and glass pool fencing were logically butting up to something solid in the mural.