Today I worked on more stone blocks, right at the tippy top of the ladder. At one point I had to start painting the top block, right above the pool fence, then climb down the ladder, empty everything off the ladder, move the ladder to the other side of the pool fence, set it up again, climb up and finish the second half of the block!

Then I painted in the hedges in the plaza in front of the palace, along with their reflections in the pond. I had to redraw the hedges geometry first because it was just not quite right.

This area in Alhambra is called the Plaza de los Arrayanes, (Plaza of the Myrtles). I love the reflections in the pond.

Today I painted more of the sky and reflections where it needed a second coat. Here’s what it looked like at the end of the day:

I had some visitors today, handy tradies Tyson & Josh, as well as some other wildlife.

There is an area of the new turf that has been uncovered where an underground leak mystery is waiting to be solved, and it has a small puddle in it after the weekend rain. A magpie decided to have a few baths in it today: 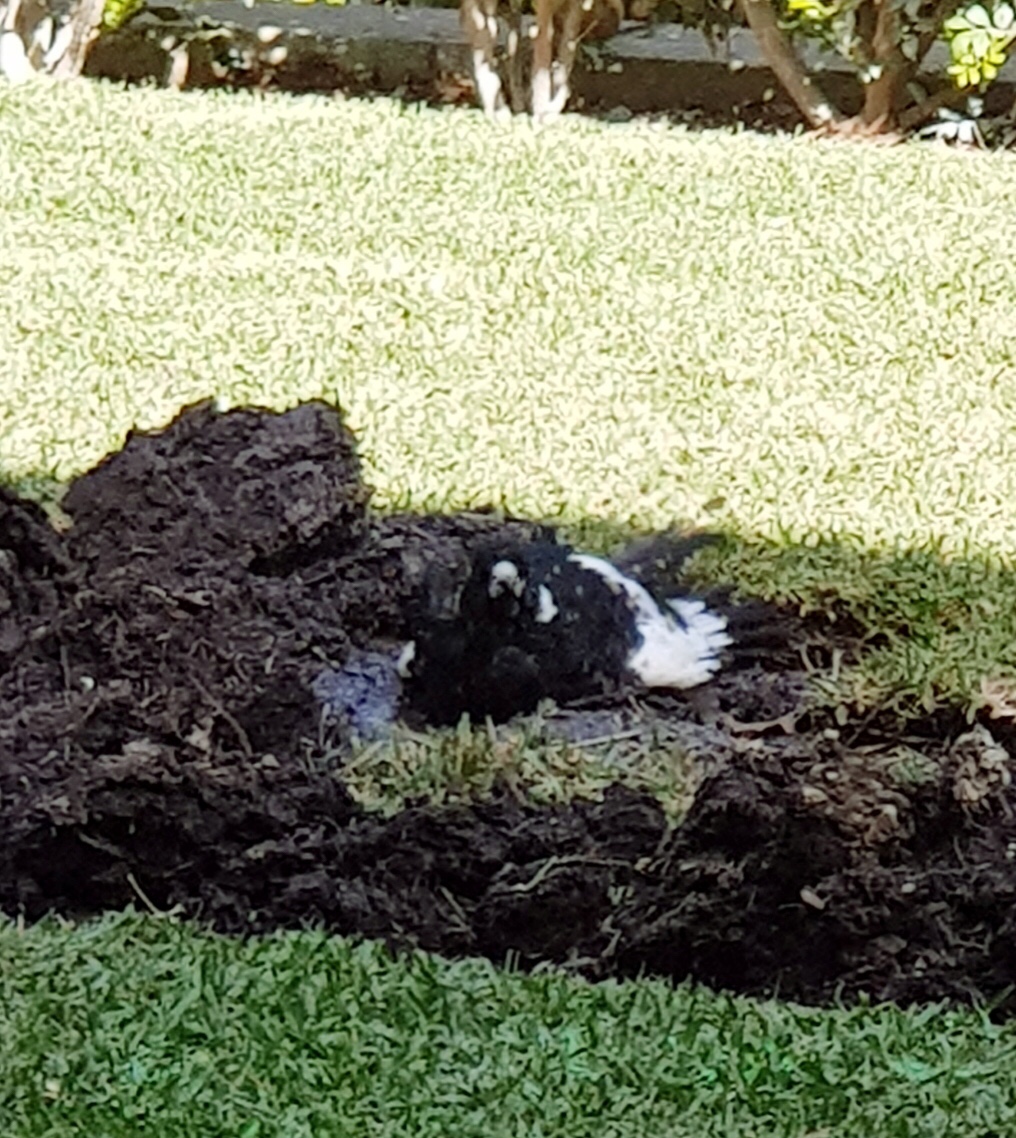 Then an exotic little furry caterpillar appeared out of nowhere in the middle of my sketch. I carried him off into the end of the garden 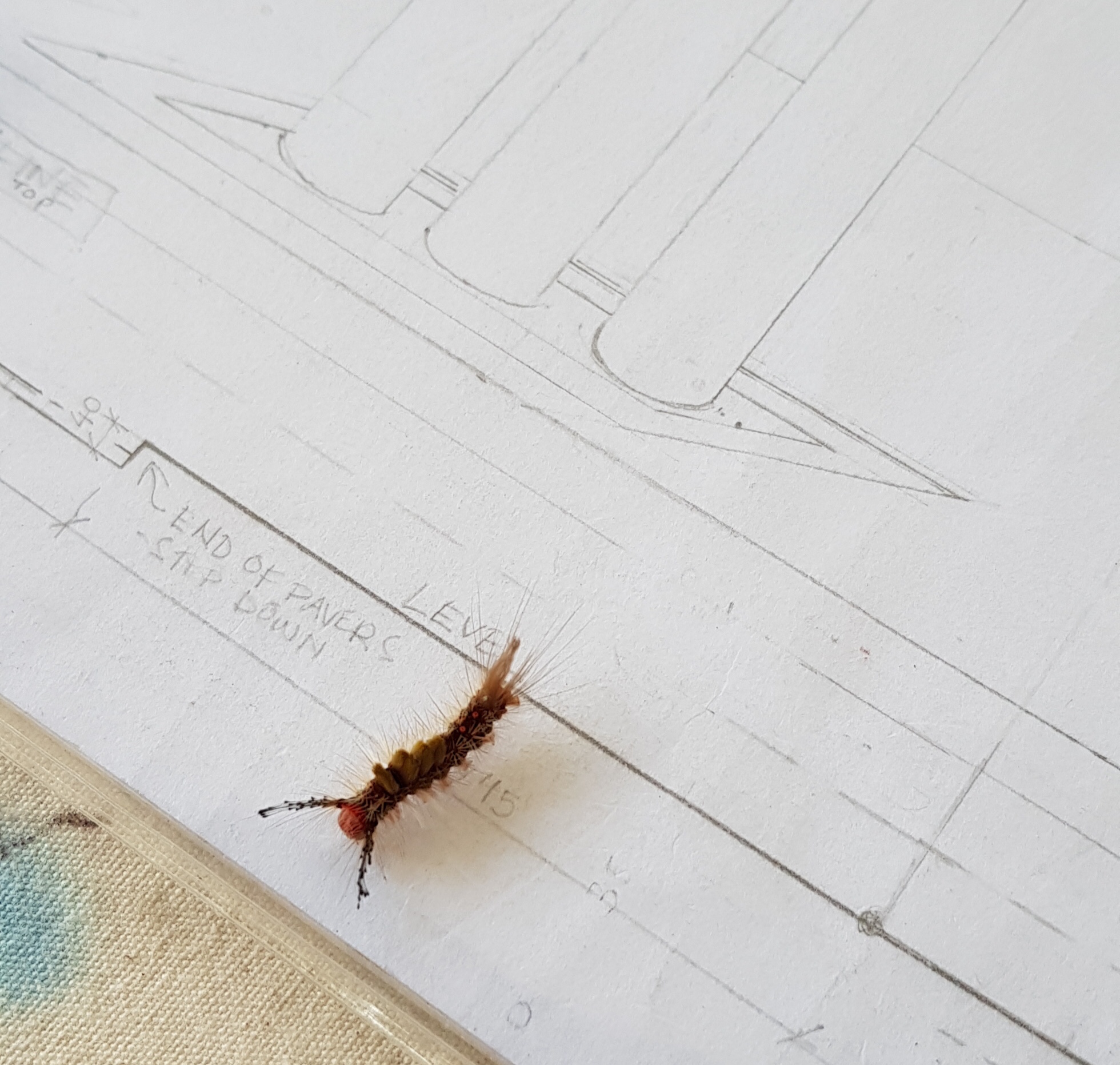 Here are my timelapse videos for the whole day: 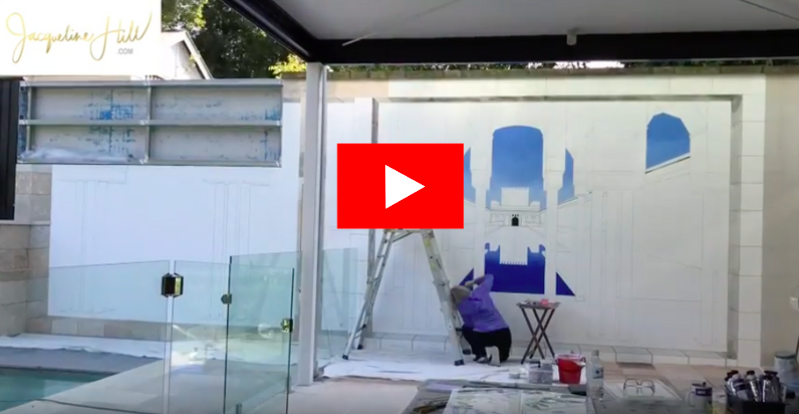